All I wanted was a jolt of ground bean goodness…..what I got was jousted by corporate campaign to barista my way into an open conversation about topical events.

“Welcome to Starbucks…how may I help you.”

She asked with way too much enthusiasm.

“Ummm….yeah…let me get a café Americana….black….with soy milk on the side…and a brownie.”

She repeated back my order and asked my name.

I smiled and replied-

Her sharpie marker stopped just short of the Styrofoam cup. She looked up at me through the piercing in her eyebrow and said-

She wrote it on the cup and said it would be ready shortly.

While I waited, I wandered around, and checked out the items on display shelf and pondered….

“I wonder…..would Chai Tea be proper to drink before…..or after a session of Thai Chi…..Or would the Chai Tea upset the balance of Thai Chi….hmmm….I better Google that later….”

As I began to drift into heated, inside my head, battle over the Thai Chi Chia Tea dilemma, my order was called out.

By my order and not my name.

As I picked up my coffee, milk and snack I happened to look at the cup to see if she even wrote my suggested moniker on the cup.

What was written there was not Bingo Medley….as I plainly stated when asked what my name was.

It said “Race Together”.

“My drink says race together….did someone else order the same thing I did? I would hate to take something that wasn’t mine…..but I will take the opportunity to commend this person on their awesome menu selection.”

“No sir….its our new promotion to invite our customers to have an open, healthy conversation about race..” he said.

“What….are yall trying to raise money for the Starbucks 5k, nothing says healthy like running a race and then downing overpriced coffee.”

He paused for a moment and then replied-

“Oh well….rat race then? I’m not much for rats…..they have beady eyes and like cheese way too much.”

He inhaled and exhaled frustratingly and then replied-

“Sir…..sir….not the rat race….not a running race….we would like to have a conversation about race relations….you know racism and such….”

“Oh, I get it. It must be because of my order. Americana coffee….black….soy milk….brownie… I must be open to speak about it since I confidently ordered using all colors of the racial rainbow.”

“No sir….it was just random.” He sheepishly answered.

“Well…let me clear a few things up….I ordered the Americana because it’s the closest thing to actual coffee you all carry. Soy milk, because regular milk gives me the wind something fierce, and the brownie because I have a sweet tooth…..as far as your request on race relations….here is my take.”

“I would love to get into a back in forth discussion on this issue…..but the truth is…..personally….I have no issues with…..anyone. I was brought up to respect others….period. I’m a solitary kind of guy…..but when I have to interact with others…I do…..no matter what their ethnicity is.”

We stared at each other for a moment.

I then took a drink of my coffee, which was getting cold, returned my eyes to the barista and said,

“Look dude…tackling this issue is going to be taller than this Venti coffee here. It was around before I was born and will most likely be around long after I’m gone. I prefer to take the individual approach. Hopefully someone learns from it and it snowballs from there. I gotta go…my work ain’t gonna do itself. Thanks for the coffee.”

I leave him to ponder my words and head for the door.

A man entering saw I had my hands full and stepped aside while holding the door open for me so I could exit.

I turned to him and said “Thank you sir. I appreciate that.”

He smiled, nodded his head and headed into the coffee shop.

I turned around for a quick glance to check what race he was. 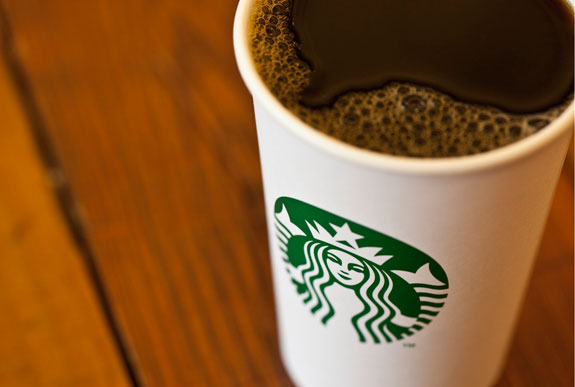