He stood him up beside the dead officer. Pointed the gun at him, and reached down to take the keys off the officers belt. He grabbed his host by the arm, spun him around and took the cuffs off.

They stood face to face.

“One way or another, a final decision is going to have to be made.” they both said in unison.

“Even after escaping your mind, we still share…” the alter began,

“Shut your pie hole. We share nothing. In fact, we are polar opposites.” the man said in interruption.

The man’s voice was different than before. It spoke with a dash of confidence that the alter was not used to. He moved in closer and looked deep into his eyes and said,

“This is not the man I left on the floor of the hotel room. Even your eyes are different….what gives?”he questioned as he put the barrel of the gun up to his chin and cocked the hammer.

“Such a scary entity with a gun…..go ahead and pull the trigger….if he dies we both die. Are you really that arrogant in your indecision to believe that he only has ONE alter?…..Bitch, please.”

“It is impossible to have indecision without also having certainty. It is the law of opposites. You were brought forth by way of his minds inability to comprehend the gravity of either action he had to choose from- the gun or the phone. I was brought forth when he concluded the consequences of truth were less fatal than those of indecision.” Alter2 replied

“LIES!! I broke free because I had grown weary of his depressive state…gun…ring…bang…phone…it was f”@:)/g maddening. I had to choose STAY or GO. I chose to leave.” Alter1 retorted.

Without missing a beat Alter2 replied, “And yet here you are, back to where your started. YOU ARE HIS INDECISION THEREFORE YOU CAN’T CHOOSE! Once you “left”, the door of the mind you came from slammed shut. …And as the saying goes, “once 1 door closes another one opens”. Which brings me to me.

With me, he has the confidence to face anything. You are nothing but a gnat flying around his conscious….a confuser of truth. A complicator of choice and reason. Our host wanted help with his decision. You deepened the fog instead of clearing it. When you left him to fend for himself without indecision and choice, I broke out and showed him the truth wins out. And I stay to defend the mind that created me. I don’t leave when it gets difficult. I stay and fight.”

As the alters continued to state their cases, they failed to notice that one of the medics had only been wounded and was far from dead.

He had pulled himself underneath a truck in the parking lot and was watching things unfold….in disbelief.

He heard 1 voice. But saw 2 figures. The man from the hotel room and someone who, even from a distance, bore a striking resemblance to the other. Same height, weight, tone of voice….the only difference between the 2 was the one with the gun was “dimmer” than the other. Almost transparent. He did what any person seeing something peculiar would do. He fished out his smartphone, turned on the video camera feature and started recording……
___________

“You say I have nothing…..but I possess the one thing that you need.

Without it you will continue to fade out. So, now you are left with another choice. Re-enter this man to fight for your indecisive mind or remain out of his mind and fade to nothing…..

You already tried to divide and conquer. I say with certainty….the choice is yours.”Alter2 confidently replied.

Fight, in, fade, out

As the video rolled, the medic could not believe what he was seeing. He couldn’t hear the entire one voiced conversation but he could ascertain things were getting heated. Just when he thought the trigger was going to be pulled, the “dimmer”of the two, dropped the weapon and jumped “into” the hotel room guy.
________

The re entry was not a smooth one. Almost immediately after Alter1 jumped, Alter2 began his mental defense.

The hotel room man was snapped back
into first person with what felt like sledgehammers pounding his brain. He grabbed the side of his head and began screaming. He legs buckled as he dropped to the ground.

The medic hit stop on his video phone recorder and his instincts to help took over. He crawled out from under the truck, which wasn’t easy with a bullet in the shoulder, and painfully made his way to the screaming man’s side.
He reached him, knelt down and said,

“Calm down buddy. I’m not sure what just happened but I recorded it all. Are you ok?”

“My head is killing me,” he whined “my alter….indecision…he’s back. He is trying to take control….”

“I have no idea what you are saying.Try to stay calm. I’m going to get some help.”

The medic stumbled over to the ambulance and called into dispatch.

The man lay on the ground holding his head. As the pain slowly began to recede a distinct thought came to the forefront of his mind-

-I now know 1 thing for certain, I should have answered the phone when it rang….. 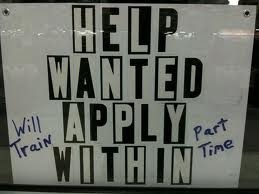